Pit bulls are strong, powerful, and intelligent breeds. The main aim of this breed is to please its owners. The American Pit Bull Terriers is a famous breed in America but they are mainly originated from British. They are considered the second calmest dog in the world.

Pitbulls are considered the most lovable dogs in the United States and England. The “Nanny dog” title is given to the Pitbulls because they are caring, devoted, and loyal dogs. These Pit Bulls Nanny Dogs love children and prefer to play with them. In short, nanny dogs are dog breeds that are well loved by the American family.

What Is a Nanny Dog?

The dogs which are good with children are called nanny dogs. As the nanny takes care of the children, in the same way, the pit bull shows more affection towards children. Having said that as you cannot predict the action of the dog, you should still supervise these nanny dogs when they interact with the children.

Unlike human being, dogs are unable to make thinks like us. This means, although unintentionally they do not want to hurt the children, it is still possible they make overreact and thus please pay attention during any interaction between your pet dog and your children.

In the late 1800s, the first American Pit Bull Terrier is brought in the United States from Staffordshire (England). The origin of the Pit bulls is bloody because they were used in “bull baiting”. In bull baiting, a bull is tied with chains and many dogs attack that bull. The place where this practice was done is known as “pit”, therefore the Pit bull name was created from it. This does not mean these dog breeds are dangerous dogs; instead they are quite wonderful dogs to have as pets.

These dog fighting sports were banned in England in 1831. Later, in America, they become famous as nanny dogs because of their loving and caring nature towards humans. Pit bull breeds including American Pit Bull Terriers and Staffordshire Bull Terriers are considered more tolerant and friendly dogs.

The American Staffordshire Terrier is traditionally known as confident, smart, sweet and very loyal to owner. This dog breed makes loving companion for kids and adult alike. That is one reason why the American staffordshire terrier can be considered as nanny dog.

Pitbull type dogs are loveable, affectionate, and family-oriented dogs that often socialize with stranger people. People use to leave this breed in the home because of their caring nature. Pitbulls are great with children and have the characteristics of an amazing family pet.

So, the question that comes to mind is “why are Pitbulls called nanny dogs”. The answer is that Pitbulls are friendly, caring, and intelligent dogs that easily get attached to their families. Because of this reason, many people call them nanny dogs.

But the Government or the Kennel club does not support calling the dogs “nanny dogs”. American Kennel Club demonstrated that dogs are recognized as working dogs or sporting dogs.

Since Pitbulls are not officially considered as nanny dogs that is due to their bad reputation in history as dangerous animals. But they are protective, affectionate, and loyal to their families that make them nanny dogs.

Can We Leave The Children With Pitbulls?

It is important to not leave your young child alone with any dogs (good or bad dogs). Once they become attached to the children, they play rough with them and may cause injury. But they do not injure the child intentionally, Pitbulls like other animals do not know their boundaries.

Their jaws are so strong that can hurt the children even during playing. So, you should supervise when your dog is playing with your children. There is a chance of being hurt, that’s why you may try to keep an eye on them for the safety of your children.

You should not leave babies or young children with Pitbull or even any other dog alone. You have to educate your Pitbull properly and ensure that they do not have any behavior problems.

Different Ways Use For Habituating Pitbull With Your Children

If you want to adopt pit bull puppies and have a young child at home, you have to follow the following tips to habituate your pets and your child with each other.

In the beginning, you should try to introduce your child with pit bull terrier for a few minutes. Repeat it on the next day but allow them some more times throughout the week. After a few days, the dog and your child should be more comfortable with each other by then.

Adjust the Pit bull with your child’s scent

During the first meeting, it is enough for your child and dog to share the same room. You do not leave them to contact each other. Also, give your child and Pit bull some spaces for a few minutes, but you have to leash your Pit bull for safety purposes.
Pit bulls-Great Family Dogs:

When you want to adopt a Pit bull for your family, you may have to spend some time with him or her. It is important because not every dog type is not suitable for your family.

The pit bull terriers are often used for protection and rescue purposes. The main reason “why do so many people call them nanny dogs?” is that they can be good with children. They devote their lives to children and their families. Even though they have an aggressive nature and have a bad reputation in history, but they are the calmest dogs that can be affectionate with your family.

Pit bulls (nanny dogs) are famous due to their caring nature with all people. When people use them as fighting dogs, it badly affects Pit bull’s reputation. You should be careful when you are introducing the Pit bull to your children. Also, you have to focus on the positive qualities of this breed and train them properly.

Moreover, this breed is friendly, lovable, and easily get attached to their families. They take care of them and do not want to hurt them intentionally. Pitbulls are tolerant breeds but you have to take precautions to adjust the Pitbull with your children.

blogthatdog.com is a participant of several affiliate programs. The list includes (but not limited to) the following: ShareASale, Chewy and Amazon Services LLC Associates Program, an affiliate advertising program designed to provide a mean for us to earn fees by linking to Amazon.com and affiliated sites. blogthatdog.com does not intend to provide veterinary advice. All published articles are meant for informational purposes only and not substitute the professional veterinary consultation. 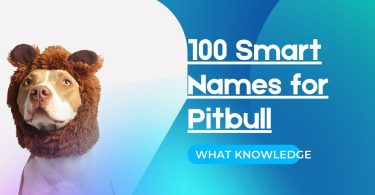 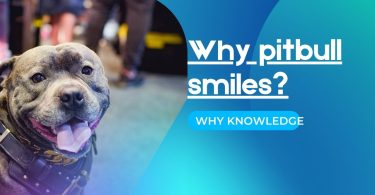 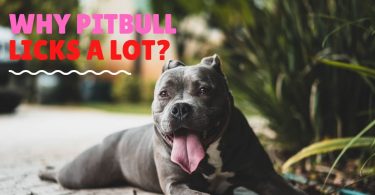 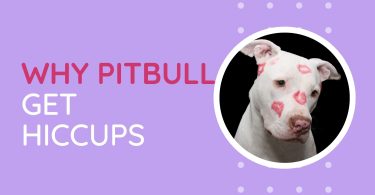 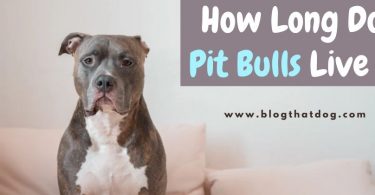 My name is Walter, and I'm a huge dog lover, I have made this blog to share my experience and help dog owners make better decisions in term of improving the quality of their pet's life. I have shared my life with pets since childhood, and I currently own a golden retriever named Bailey.

This post contains affiliate links, and I will be compensated if you make a purchase after clicking on my links